THERE are a lot of great artists coming out of New York: few as stunning, committed and passionate as Alice Avery. Expired Love– her previous single- was a mouth-watering release from Kicking the Habit: Avery’s E.P. that is released later this week. Obsessed (the latest single to be released from the E.P.) was released today. I was keen to catch-up with the Belgian-born star. With so many fans behind her- her music talked about in fevered tones- I was curious.  We chat about her influences and upbringing; how New York feeds into her music- what she has planned for (the rest of) 2016…

For those new to you- and your music- could you introduce yourself?

I’m Alice: singer-songwriter-actress, independent artist, runner; yoga-lover, vegetarian, optimist, serial dater; sister… (I feel like this is a dating app. bio.). I make Pop music with a bunch of different influences like Soul and Indie.

You hail from Belgium. How does the music scene there compare with other parts of the world?

Musically, Belgium is mainly known for its Dance music. Besides that, there’s not a large amount of wildly-known Belgian artists. Stromae is probably our top musical export right now. It’s a small scene since it’s a tiny country and nearly everyone knows each other. There are a bunch of great artists and musicians.

I feel that it’s not always the greatest ones that get recognition- however that’s a problem everywhere; not only in Belgium. We have some great Flemish music, sung in our native language- which I appreciate so much more now living abroad.

Based in New York: what is the metropolis like for an aspiring musician?

It’s overwhelming, exciting, inspiring: there’s opportunity in every corner! If you wanted to, you could perform in this city every day. You meet interesting artists everywhere you go and you never know who you might sit next to on the Subway. The other day, I took an Uber pool and ended up in the car with a girl that works for Kanye and Drake.

Expired Love– your new single- boasts a romantic and bold vocal; lyrics of fighting-against-the-odds. Which musicians and artists have been important to you?

So many. I feel like I never have a great answer to this question because I listen and love so many artists. But then someone told me that as an artist it’s your job to listen to all kinds of music and it would be small-minded to not appreciate and listen to everything with an open mind. In life, I love Beyoncé and Alicia Keys (as does every other 20-something-yea-old female) – other artists I love and listen to- so therefore also seep into my musical subconscious- include Banks, Jhene Aiko, Norah Jones; Duffy, Amy Winehouse, Katy Perry; Sara Bareilles … mainly strong woman.

Kicking the Habit (E.P.) is out on May 20th. Can you tell us about the songs/inspirations that go into that?

Kicking the Habit is mainly about love. I know (gross right?!) But don’t get too excited because it’s mostly about love that isn’t really love-love- but more like crushes on steroids; falling for the wrong people and being afraid of commitment. There are seven songs on the E.P.: some more ‘Pop-py’ than others but there’s something on there for everyone. My main inspirations were New York; entering ‘adulthood’ (is that a thing?), being far away from home; and then f***boy. Not texting them when you’re drunk: A.K.A. Kicking The Habit. Just kidding… kinda. No, but really: I’ve been an asshole with ‘commitmentphobia’ very often too.

A lot of your songs- that feature on the E.P.- explore love (its positives and negatives). How vital have relationships been to you as a songwriter? Do you find pain and heartbreak can lead to great creative moments?

I do think pain, heartbreak and vulnerability all lead to great creative moments. I haven’t been in a serious relationship in forever (cat-lady alert!) but I have been dating- and have met many great and not-so-great people along the way. It’s really through your interactions with people and discovering how you yourself react to moments, tough and emotional situations that you realise who you are, what you want and learn about yourself as a person. As a person, I always try to step back and ask myself if I’m reacting to the situation or reacting to my emotions. As a songwriter, I’m like: okay emotions pour out of me on this paper right now! That being said, I think in super-happy and calm moments you can still write a great, happy Pop song. It doesn’t all have to Emo. and dark. 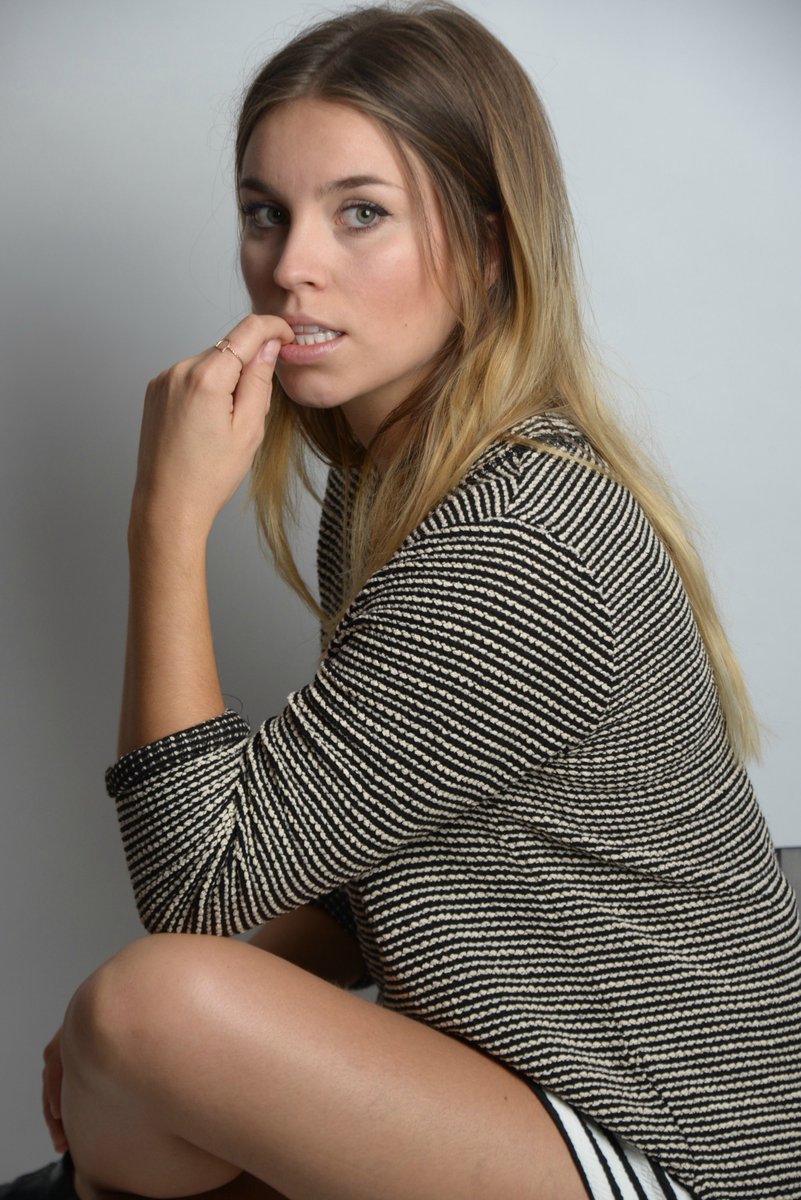 Which other acts around New York- may be a daunting question- could you recommend to us?

Hmm, that is a tough question because there are so many talented people in New York! About a year ago the girl that performed after me- at The Bitter End– was called Raye Zaragoza: she is this amazing blend of Norah Jones-meets-Sara Bareilles. I’d say she’s definitely one to watch! And the guy who plays my cheating “love interest”- in the Expired Love music video- Adam Vinson, is a rapper who’s dropping his E.P. soon- under his artist name AV (which I’m really excited about). I went in to sing some vocals for him the other week and his record is going to sound awesome!

Looking back on your career so far: which memories stand proudest in the mind?

This E.P. coming out and the music video that I just released this week are two major moments for me because there went a lot of time, hard work, sweat, grind and hustle into it. It’s major for me because I did most of it on my own: luckily, with a great group of people I found along the way. Even though this is (honestly) just the start- it’s been a long road already.

But looking further back: in Belgium, some of the biggest shows I did were Vlaanderen, Muziekland en Suikerrock– which were both really cool. I loved writing a weekly column for Flemish teen magazine JOEPI– about my adventures in New York.

I think one of my proudest moments- and biggest decisions- was deciding to move to New York in 2012- even though I was just at the start of my career in Belgium. It was one of those moments knowing that, if I stay, I’d probably have a good life- a career that’s starting to unfold and great people around me. But I always knew I wanted to live abroad and chase my big dreams- not just settle for the most convenient route.

Once Kicking the Habit is out; you will be promoting it. Any plans to take in the U.K.? Which countries will you be visiting?

I’ll be visiting Belgium and The Netherlands this July. And yes, I am actually (also) visiting the U.K. this summer- but I can’t give away any details yet; I can tell you it’ll be in London. As soon as I’m allowed to say more, you’ll be the first to know!

Music is a demanding mistress; New York a crowded city. How do find time to relax? What do you do when not concentrating on music?

Honestly, there hasn’t been a lot of time to relax. New York is demanding and expensive so I work part-time (or should I keep up the glamour and pretend it’s already with just music that I can pay this ridiculous New York rent?). I sing in a wedding band and then there’s my own music that I’m working hard on. I haven’t been on a relaxing vacation in three years (besides my trips home to Belgium to visit family) so down-time is really precious and rare. My biggest way to unwind is working out (I know- I’m weird), I just love running along the Hudson River and letting go of everything. I also love a good yoga class or a walk on the beach. Oh, and they have really good and cheap pedicures up in Harlem where I live- which I like to treat myself to on a rare occasion (And Netflix and Chill, obviously).

What does music mean to you, personally?

Music to me means being able to express myself. In our world where everyone has an opinion about everything- and everyone judges everyone and you’re not supposed to do this but you are supposed to do that. For me, that just all doesn’t matter when it comes to music. It’s this raw thing where you feel an emotion and you produce sound and words (and you can sing your problems away). So that’s actually a very selfish part of it: that I do it because I love it and it makes me feel better. But then there’s also the fact that you can connect to people and talk to people; tell them stories through songs- let them know that they’re not the only ones experiencing a certain thing, or let them laugh, cry or feel things.

What can Alice Avery fans expect in the future (after the E.P. is released)?

The first full album of course!

For being a good sport: choose any song and I’ll play it here.

Any song?! Well, Expired Love, duh! And then Someone New by Banks!