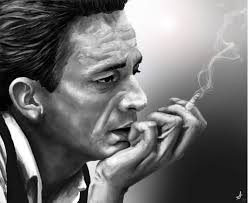 You Can’t Judge A Song By Its Cover.

The art of tackling an existing song is a tried, tested- and a little tired- form.  It is almost second-nature for new acts to cover established songs, yet few get it right.  When the cover version is ‘just right’, however, it can be very special indeed.

LAST week I focused upon a wonderful year- for me- in music.

The year was- and is- 1994, and I stipulated that it was just a mesmeric year due to the quality of music being offered forth.  Everyone has their favourite decade for music, and for different reason.  I was curious whether a particular period of music is memorable because of the quality of songs produced, or because you are of a certain age.  I was a six-year-old when 1990 arrived, and am curious whether I love the ’90s because it was at the same time I was really getting into music.  I have thought long and hard and am of the opinion that it was the sheer weight of the music itself that was so memorable- and not because my infant mind received its first taste of new music.  It was a decade that saw the discovery and continuation of some pretty awesome bands and acts, and entire genres were being popularised.  Grunge was in full swing, and was still a potent and mighty force after Kurt Cobain’s death (in 1994).  Britpop saw the likes of Oasis and Blur fighting it out for chart glory, and Dance music was really hitting its stride.  I have looked back fondly, and seen what has come and what was offered up by the participants of the decade.  There was a great deal of original music, and it was a prosperous time for all concerned.  A lot of time has passed, and music tastes have changed somewhat.  New genres and styles of music have been created, and there has been a shift away from the core and credentials of ’90s music, and towards something altogether different.  It is true that there are some great Rock and Pop acts about, yet there seems to be less diversity, fewer memorable albums- as well as a dip in overall quality.  As much as new music and original compositions are essential, and a way of demonstrating the prowess and personality of a musician, there is still a common thread running through music: the cover song.

It seems all the perfumes of Arabia will not sweeten my songwriting hand.  I feel it is admirable to include one cover version every couple of albums or so- perhaps more.  If you think hard enough and make a great effort of it, then the rewards can be multiple.  If you make the song your own, then it can not only get you a lot of praise, but alert young listeners to past masters.  One of the best reasons to tackle a song is to make people aware of an act or artist whom has gone before- and ensure they are not forgotten.  Tragically, attention spans are getting shorter and shorter, and there are probably some that do not know who The Beatles are; who wrote Waterloo Sunset etc.  Ignorance is bliss, and it seems, something the young are not keen to be rid of.  I have heard so many people ignore music or not know who wrote a song, because ‘it is before my time!’.  Guess what?  I was born in 1983, and I know when The Battle of Hastings took place.  I listened to Swing music of the ’20s when I was a toddler; I am familiar with The Kinks, Sonny Boy Williamson and Neil Young.  Music is more readily available now than it has ever been, so it is pretty pathetic when people overlook music because they are young.  So many great albums, artists and songs are being ignored because people are becoming more stupid and self-obsessed.  If it takes a modern interpretation of Tangled Up In Blue to make someone aware of Blood on the Tracks, then I have no complaints.  It is a new Blues tradition that can take place- taking an old or existing song, giving it is a modicum of polish and making it visible to a new and fresh audience.  It is vital and important that old and past songs are paid fair tribute; that new musicians recognise former glory and pay their respects and give their stamp to that song.  If we lose the art of covering songs, then there is a danger of legends and all-time greats being ignored and relegated to the footnotes of music history.  As long as too many obvious songs are not covered too often; that originality and boldness are key considerations; that diversity and fascination are offered up- then it could encourage others to be more adventurous and brave with their own music.  It is true that there have been some  truly wonderful reinterpretations through the years; yet there have been some truly shocking ones…

It is not hard to completely butcher a song.  Ask the likes of Ronan Keating, who, for some bizarre reason, decided to tackle Fairytale of New York.  The song was pretty near-perfect to begin; in no small part because of the chemistry and vocal interplay of Shane MacGowan and Kirsty MacColl.  I am sure MacGowan would be rolling in his grave; if he were dead.  I hope he at least has a voodoo doll of Keating as I am not sure what possessed the man to urinate all over a classic track.  There was no need for anyone to go anywhere near this song- as the original can not be topped.  When it comes to bad cover versions, there have been a few that are truly eye-watering.  Classic numbers have been taken on but some dismal artists- the resultant chaos is enough to put you off of music for all of time.  M People (remember them?) wrecked Itchycoo Park; Will Young made mockery of Light My Fire, and perhaps most despicably of all, Take That covered Smells Like Teen Spirit.  That track (the orignal) is considered to be one of the finest tracks ever written.  It is celebrated because if the conviction and intention from Nirvana; because it represented a very real feeling at the time, and a genuine dissatisfaction and dislocation from Kurt Cobain.  When put in the hands of a bunch of wet and weedy karaoke band, and the track loses everything.  Luckily the Take That boys cannot completely ruin a song as great, yet should not have gone anywhere near it.  It is when events like this occur, it makes me wonder if people are genuinely trying to lovingly pay tribute to a song- or just come across as a sick and annoying jokes.  Madonna desiccated all over American Pie; Mark Ronson destroyed No One Knows– and Leona Lewis screeching over Stop Crying Your Heart Out.  This is an extended list of feeble and unspectacular acts whose original material is not exactly spellbinding (except maybe Madonna’s early work).  It is perhaps the fault of the writers of the tracks for letting their music be murdered; and I suspect financial gain overrules dignity and common sense.  In the current scene there are too many examples of the atrocities listed above.  It is difficult to make an average song good; maybe it is difficult to make a great song different- it is phenomenally hard to make a great song bad.  It is perhaps testament to the ineptitude of some artists that they can take a wonderful gem of a track, and make it sound like a joke.  I shall not spend too much time dwelling on some huge music failure, but the point is this: if you are going to make a hash of a song, then do not go anywhere near it.  The point of covering a song should be to improve it; make it different in a good way, and above all, get the word out- in a positive way.  There have been some covers I have heard that has compelled me to seek out the original; in turn I have then bought and discovered albums by that artist and become fans of the song’s author.  I guess the mark of an incredible cover version is to both have respect for the original composer as well as the act covering if, and in turn, the necessity to seek out as much music by both as possible.  When the trick is mastered, it can produce some wonderful results indeed…

Thanks to songs like Hallelujah and All Along The Watchtower, we need to keep covering songs.  It is true that masters such as Dylan, Cohen and their ilk are past their best or departed, but that is not to say that it will be impossible to top the greatest cover versions.  There are so many underrated jewels waiting to be picked and adored, and many more songs crying out for a reinterpreting mind.  It does not take the voice of Buckley, the guitar skills of Hendrix or White, nor the ill fate of Cash to make a song- there is a lot more to it.  An average song can be turned into a work of art with the right amount of work; a great song can be made greater by adding electricity and energy; old songs can be made new and alive with the right amount of consideration.   There are plenty of great voices out there; plenty of new acts and bands coming through, but all that is missing is the perception and pioneering attitude.  There have been a few recent cover versions which are impressive, yet the majority of the greats were created between the ’60s-’90s.  There is more focus than ever for new artists to write original material, as the competition is fierce indeed.  It does not take much for a fickle industry to push an act through the back door, yet premature death will not arrive as the result of a lack of original material: more a lack of talent and determination.  An act or band can gain fresh fans and huge plaudits by taking a risk; taking a particular song and turning it into something truly wonderful.  If you can do it again then you are on to something; keep doing it and it will give a good name to an art form which has been hobbling into a menopausal mess as-of-late.  If you are a songwriter- or not- there will be a song (or songs) that you have always wanted to tackle- there should be no fear.  If is a rare Dylan cut or a modern-day Folk number, then take heed and think hard: how do you want to approach it and how can you make it golden?  Too few artists understand the importance of making sure they do full justice to a song they cover- too many lazily phone it in.  It is all too easy doing the minimum, and pointlessly mimicking the original; yet when you get it right and marry a song with a perfect melody and wonderful vocal; as well as a fascinating and curious composition, then something special can occur.  My top 10 list shows what I mean, and it is not just the original song that will be improved and appeal to a whole new audience.  A perfect cover version can make a band; it can inspire new ideas and thoughts, and breathe life into an act; into the music scene as a whole- and inspire aspiring songwriters to up their game and help- slowly- to change music.  I hope that the next few years will se a genuine attempt at equalling the greatest cover versions ever.  All the ammunition and impetus is there; all it needs now…

IS for a brave artist to step forward.

My Top 10 Cover Versions of All-Time:

The Jimi Hendrix Experience- All Along The Watchtower (Org: Bob Dylan, 1967).

Marvin Gaye- I Heard It Through The Grapevine (Org: Gladys Knight & the Pips, 1967).