FOLLOWING the release of stunning tracks…

such as Wonder Why and Breakout; I have been catching up with Scottish experimental songwriter MALKA. She talks to me about her new song, Fell for You, and why Donald Trump is, as is for a lot of people, an inspiration – in a rather angry and despairing sense. She reveals the spark that lit that fuse and talks about her upcoming, second album – Breakout and Fell for You will both feature. MALKA talks about the importance of stations like BBC Radio 6 Music – and why their support is so vital – and why this year’s performance at Secret Garden Party will be a bittersweet one.

I ask MALKA about her music in the context of film and T.V. – songs have appeared in the likes of Scream 4 and 127 Hours – and how important exposure and revenue from those sources is. MALKA looks ahead and what the summer has planned; some very important records she holds dear and, if promoted, the one artist she would collaborate with (above all others).

Hi MALKA. How are you? How has your week been?

Hi! I am fine thanks.

This week has been insanely busy – but in a good way.

For those new to your work, can you introduce yourself, please?

Sure. I am about to release my second album as MALKA – which I like to describe as Tribal-Pop.

The songs tend to be full of catchy melodies and danceable rhythms.

Fell for You is your most-recent track and is inspired by Donald Trump. Was it quite an easy song to put together and what compelled your decision to write it?

The song wrote itself really. I had a melody that had been running around my head for some time – and one night after getting increasingly frustrated after reading yet another news piece about Donald Trump; I sat down and finally wrote the lyrics.

I find it very hard to be politically-engaged and for it not to seep into my music.

The song is taken from your forthcoming album. Can you tell us anything about the album and any songs that will feature on it?

I have released a few tracks from the album over the last few months – Breakout will also feature on the album. I think that overall the sound has developed a little; it has a more industrial feel in places (partly due to me sampling lots of noises – as I have been out and about and making them a part of the production).

It is still very much melodic Pop, but, lyrically, it has a social commentary slant.

Breakout is another song of yours that has gained acclaim and (your music) has been played by BBC Radio 6 Music’s Lauren Laverne and Chris Hawkins. What does it feel like getting attention from them?

It feels so great to have their support. To be honest, ’6 Music is the station that is always playing in our house so it always feels great to hear your song on the radio when you are making your lunch.

I run my own record label and self-fund so I couldn’t keep on doing what I do without their support and it means a lot.

Secret Garden Party and Camp Bestival are on your summer diary. Is that the first time you have played both festivals and are you prepared for both dates?

I have played at Bestival before, which is up there as one of my favourite festivals, and I have young kids, so, I asked Rob da Bank if I could come and play Camp Bestival this year, instead – to win some ‘mum-points’.

I played a Secret Garden Party way back with my old band, 6 Day Riot, and I am so delighted to come back and play as MALKA – especially as it is the last-ever S.G.P.

It’s an amazing festival and I will be sad to see it go.

What does the remainder of the year hold in terms of tour dates? Any other gigs coming later in the year?

I am playing a show with Fujiya and Miyagi in London before festival-season, and then, I have a small U.K. tour in November to promote my album release. I will be playing six dates for that with hopefully more to come.

I am very much D.I.Y. It is me, myself and I running the label: booking the tours and organising all promotion and teams.

Do you remember the first musicians/albums that inspired you and stuck in your mind?

There were always Beatles albums playing on long car journeys along with Nina Simone – so I was surrounded by music as a child. Then, as I started to find music for myself, I was listening to anything from Graceland by Paul Simon to Kylie – and I still have very eclectic taste.

As long as there is a strong melody, I am there. 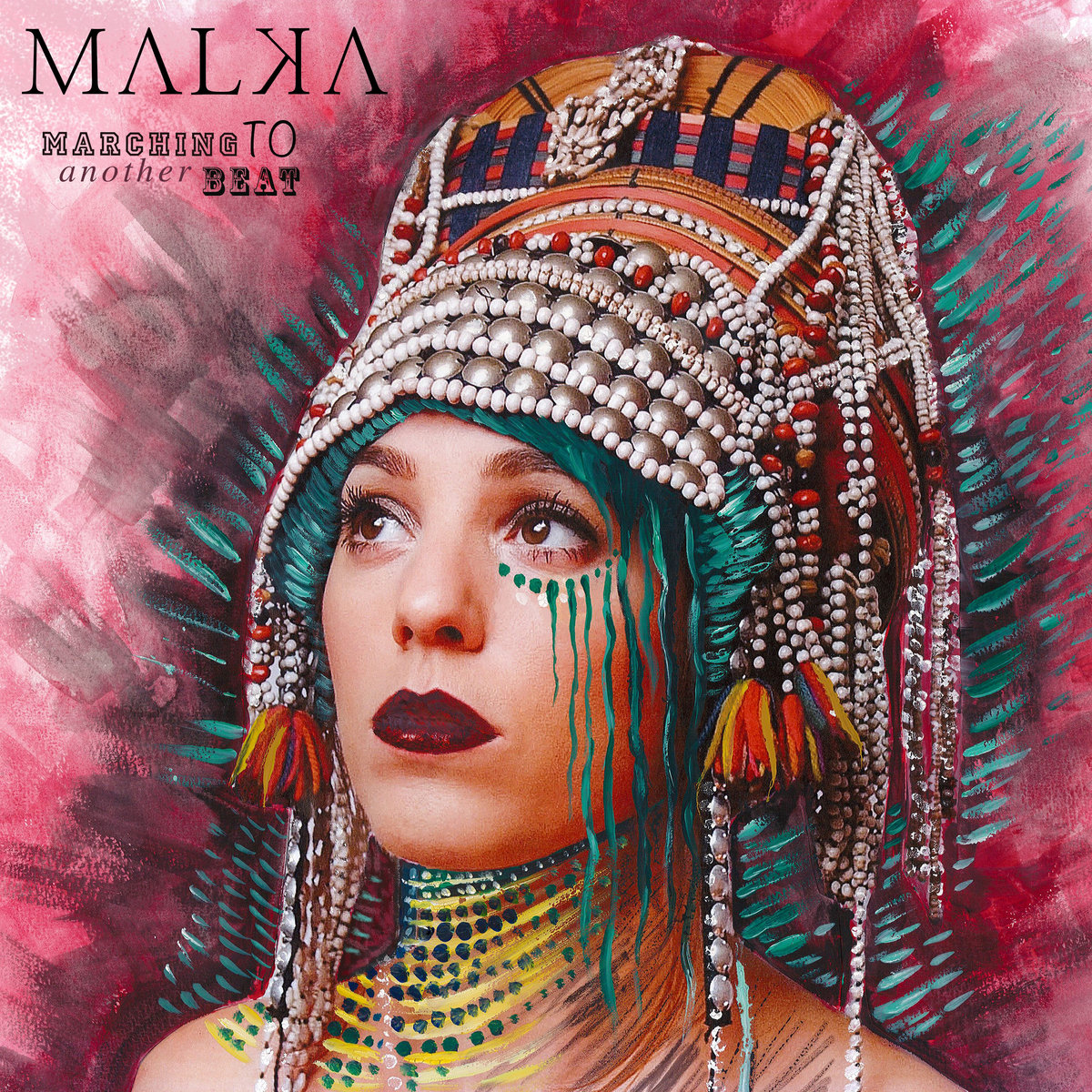 Since your debut, Marching to Another Beat, and fronting the band, 6 Day Riot, you have come a long way. How do you feel your music has evolved and changed since the early days?

I think I have become more confident in myself. I no longer particularly care what others might think of the music while I am writing.

Of course, I need to care about that when it comes to the promotion of my releases – and I always hope people will enjoy it. But there is a sense of freedom at the moment – to do as I want, how I want.

I play pretty much all the instruments on the album (I have some trumpet and extra male B.V.s this time – which I haven’t done before) but that allows me to create something that sounds exactly how I want it to.

Your music has been featured on Skins, Scream 4 and 127 Hours. Is it quite humbling discovering it has such appeal and potential? What is it like hearing your music on the screen?

Not only is it humbling but it is a bit of a life support to me. This is the place that I make most of my income and it allows me to fund new releases.

You always hope that people will enjoy your music, but it feels pretty special watching the end credits of a Hollywood film and hearing your music and seeing your name.

How do songs come together for you? Do you set aside time to write or do you pen a song when the mood strikes?

At the moment, my melodies are written first – usually, when walking down the street to the rhythm on my feet. I decided, after leaving 6.D.R., that I didn’t want to pick up an instrument to write the melodies – as I had such a specific rhythm to my playing.

So, I am working to drum-loops and then adding instrumentation afterwards (which feels refreshing to me).

Already, you have achieved so much. Is there a dream gig/collaboration that you have in mind?

I would love to co-write with Damon Albarn.

I find him really inspiring as an artist.

Are there any new artists you recommend we check out?

Two members of my band have their own solo projects and they are great: Seaker and James MacLaine.

Go and find them both and enjoy!

If you had to select the records that mean the most to you each; which would they be and why?

This reminds me of listening to vinyl in my parents’ house as a child.

This was on repeat as a teenager for me. I think it made me discover music in a new way

It makes me think of my husband: this was a massive favourite when we were first dating.

What advice would you give to any new artists starting out right now?

Take the time to find your sound. Don’t emulate; be yourself and believe in yourself.

If you keep making music that sounds great, and that is the best that you can create, it will eventually find a way to be heard by others.

Finally, and for being a good sport, you can name any song and I’ll play it here (not one of yours as I’ll do that).

Hey Ya! by Outkast