coming from the city. Words & Noises are one of the hottest musical acts of the moment. Their latest single- Play Your Cards– is released on Friday and already picking up effusive reviews and acclaim. With comparisons to the likes of Vampire Weekend: certainly a duo you want to keep your eyes on. Simon Williams and Chris Selman have been hard on the campaign trail. Interviews and performances have nestled alongside promotional duties: they are passionate about their music and keen to bring it to as many people as possible. I was lucky enough to chat and see what they had in store; what inspired The Collector (the upcoming E.P.)- how the guys like to unwind…

Hi guys. How are things? How has your week shaped up?

Simon Williams: Good! Just back from a holiday in Cornwall – it was sunny 90% of the time so even managed to pick up a tan.

Chris Selman: This week has been the last push before the single comes out so I’ve been keeping super busy! Lots of interviews and keeping the social media up to date.

For those new to your music: can you tell us a bit about Words & Noises?

S.W: I think that we make very accessible music that hopefully gets inside people’s heads and stays there. The lyrics (and I have nothing to do with these so I can say this) are always a little story or about things that most people can relate to – and are worth listening to a few times and thinking about. The drumming is good too.

You’ve probably been asked this multiple times: what sparked the creative fuse for Play Your Cards?

Your music has been hailed as “Highly entertaining and enjoyable Pop music” by B.B.C. 6 Music. How did that make you feel?

C.S: Comments like that are lovely, of course! Our aim is to entertain; we want people to enjoy our music, so to receive feedback like that – from such a respected tastemaker – is fantastic.

The Collector (the new E.P.) is out shortly. What themes and subjects influenced its creation?

C.S: The main theme, I suppose, is growing a bit older. My original solo work was all written in my teens and early twenties; the two previous Words & Noises E.P.s were written during my early-to-mid -twenties. These new songs have a bit more of a grown up perspective: they’re a bit more mature, more reflective. Love is a regular theme, but there’s a fair bit of social commentary and storytelling here.

The songs have a playfulness, humour and child-like glee to them. Do you think (a lot of modern music) is too negative and downbeat?

S.W: I think there’s a place for all kinds of music so that you can play things to suit your current mood. Hopefully the stuff we do can either cheer you up when you’re down or make a good mood even better – but people need different moods from songs at different times and I don’t see that as a problem.

In terms of influence and inspirations: which artists were important to you guys growing up?

S.W: I grew up during ‘Britpop’ – so that’s the music I most relate to big life events from my early years – and I think that always sticks with you. The stuff I listen to now is probably being made by the people who also grew up with the likes of Oasis and Blur – which is probably why I listen to them! If I had to give you an all-time top 3 band list (and this changes day to day) – I’d have to say (in no particular order) Elbow, Fleetwood Mac and Oasis- so make of that what you will.

C.S: I, too, grew up surrounded by ‘Britpop’. I was a little young to get into it in the mid-‘90s, but my older brother had all the Oasis, Blur, Pulp (etc.) albums and I’d always hear them around the house. During my teens I was into The Strokes, The Libertines and Arctic Monkeys. I’m also a big fan of classic British Rock music, like The Beatles and David Bowie; I love the lyrics and storytelling style of some American singer-songwriters like Ryan Adams and Sufjan Stevens.

Your previous E.P.s-2 2013’s Beating Heart and 2014’s Loaded Gun– gained you a lot of fans and attention. How would you say your music has changed since then? How have you guys evolved as musicians?

S.W: I think the evolution is more to do with how we work together. There are only two of us – but most of the time we both know what sort of journey a song is going to take from the initial rough version to the finished product after it’s been slaved over in the studio. It’s a mostly unspoken organic process now – we’d not really been able to rehearse together much before the sessions for this record but hopefully that doesn’t come across!

Words & Noises are taking off right now; you are busy boys.  What do you guys do to unwind?

C.S: We certainly are busy! To relax, I like to take in as much British culture as possible; I listen to music, go to gigs, the theatre, galleries, get around and see the countryside. I find it relaxing and, at times, pretty inspiring. I’ve also started a little media sideline – which I thoroughly enjoy – I write culture features for a few magazines and blogs.

S.W: I don’t, generally. I have an 11-month-old daughter who takes up a substantial amount of time- in a good way obviously. There’ll be time for unwinding in 17 years and 1 month, maybe.

You guys released a political single last year- Stay Silent or Get Violent. Given the unfolding events in the U.S.; the proliferation of terrorism and the E.U. vote: any plans to write something politically-motivated?

S.W: That felt very much like a one-off to me. It was a completely different approach to the way we usually do things – we wanted a rough garage-rock type sound to it so we recorded it all in the dining room of my house – and then mixed it all in my lounge. The whole thing took maybe 12-18 hours in total – and then was almost immediately online. It’s nice to know we can do that kind of thing at short notice if something makes us want to do it again – but there are no plans at the moment.

C.S: It was very much a one-off indeed. It was released to coincide with the run-up to the general election and it was a vehicle to express disillusionment with politics at that time. That’s not to say we’re not interested in world events – just no plans to release any politically-charged music right now.

As musicians; do you gets get affected by the troubles and negativity in the world? Do you block it out or does it drive the positivity and uplift in your own music?

S.W: I think we’re more of an escapist band – the songs are more about people and characters that hopefully you can relate to – so to allow too much of what’s happening in the world to seep in would change what we’re all about. I’m not saying it’s a bad thing by any means – some of the best music ever has been created by people angry at a world event or political situation – it’s just not us at the moment.

Words & Noises is based out of Manchester. Some of music’s greatest hail from the city- from The Smiths to Oasis. What is about Manchester that nurtures such wonderful music?

C.S: I wouldn’t dare to define it. There’s often a sense of optimism and the lyrics are usually very direct. But I wouldn’t like to try and say it’s one specific thing or that there’s a formula…

S.W: I think if you try to define it you risk losing whatever it is. There’s always something about playing live in Manchester compared to the rest of the country though – it usually feels more communal – like everybody’s there to have a good time and there’s an instant positivity before the first note.

In terms of acts around Manchester: which would you recommend we go check out (apart from Words & Noises)?

C.S: Oh, there are so many great acts right now! Blossoms are fantastic, but they’ve really started to take off in the last few months, you’ve probably heard of them already. But if not, do check them out. I think Liam McClair is a strong singer songwriter – not quite sure he’s written ‘the song’ yet, but he has some nice tunes; a distinctive voice and is building a steady following. The Travelling Band are also superb – they put on a great live show.

You have a new E.P. ahead; touring dates are sure to follow. What do you guys hope to achieve by the end of this year?

S.W: I try not to think of it as a business, so setting targets isn’t something I’m going to get involved with. The aim really is just to try and get as many people as possible listening to the songs and hopefully good things happen from there.

C.S: Yeah, we don’t really set specific targets. It’s always nice to go one better than last time, though. The second E.P. got more press and radio than the first, so we’re aiming to build on that, but we’ve not sat down with a spreadsheet and said “we need to sell X units” or anything like that. 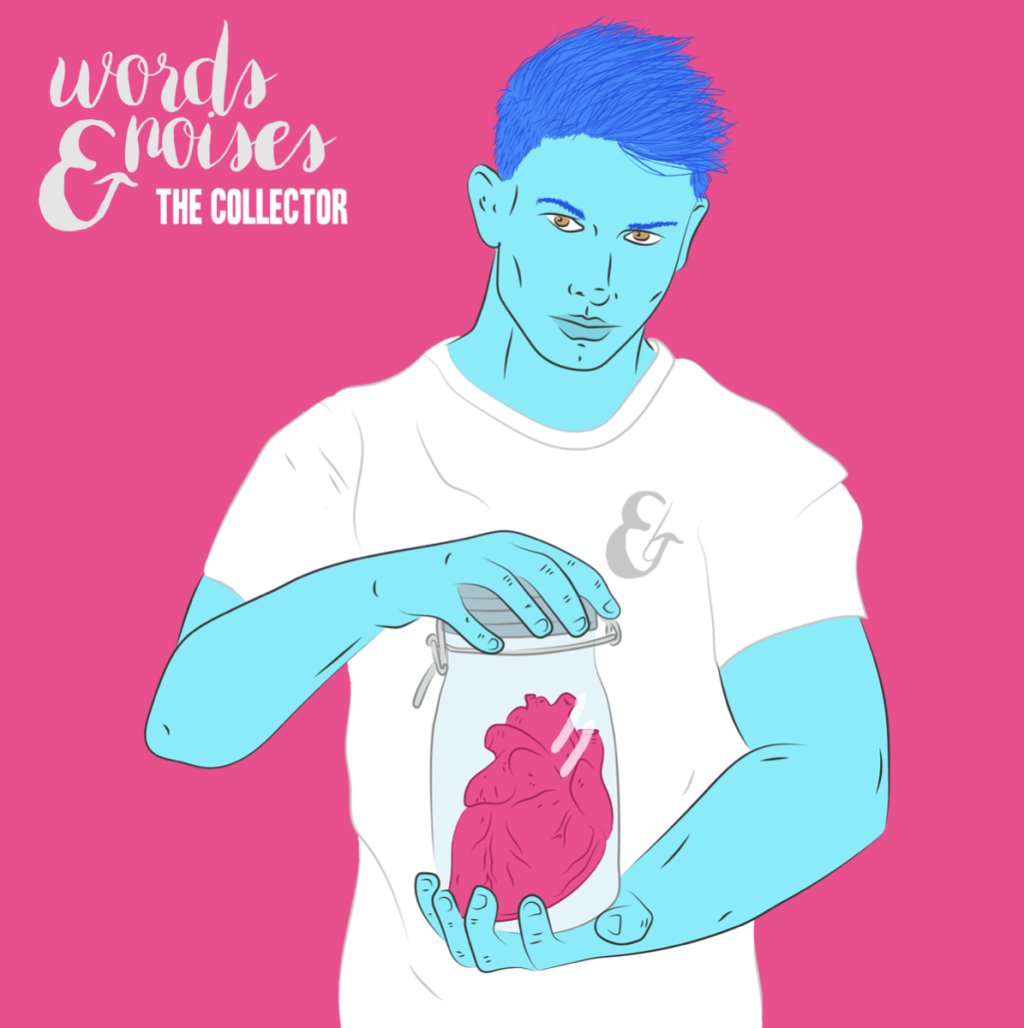 S.W: I’ll go back to my ‘Britpop’ roots and pick Cast No Shadow by Oasis.

CS: My favourite song from last year was The Art of Getting By (by) The Go! Team – so let’s say that.